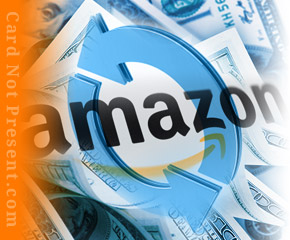 Amazon this week expanded its third-party payments service to include support for recurring billing. Two hundred and forty million consumers have Amazon accounts and the company has long been seen as a sleeping giant in the e- and m-commerce world. Amazon will now enable online sellers to access those accounts for sales made using a subscription model. The Seattle-based company tested the service with several Websites including mobile phone company Ting, according to a Reuters report confirmed by Amazon.

Amazon’s hope, according to the report, is that startups like Ting, which might have trouble convincing consumers to hand over their credit-card details for automatic periodic payments, will have no such trouble when that information is already vaulted by Amazon. A Ting representative told Reuters that customers who used Amazon recurring payments spent 30 percent more than customers who did not.

Amazon is expected to expand its payment activity even further next week, when, industry observers say, the company will launch its own smartphone.

Amazon is moving to close the gap between mobile apps and online commerce by letting developers make money from selling goods in their apps for tablets and smartphones. Mobile developers can now generate revenue by selling physical and digital products listed on Amazon through their apps for a 6% commission as part of a new API launched by the e-commerce giant. Already offering this service on the web, Amazon is moving to capitalise on the consumer shift toward mobile shopping and encourage more developers to build apps for its range of Kindle devices. 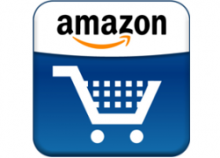 “Developers now have the ability to create an even deeper connection between their app and the products customers value and purchase through Amazon.com,” says Amazon Appstore VP Mike George. “Imagine a developer of a nutrition and fitness app can now offer their customers the ability to purchase vitamins, supplements and fitness gear within the app, directly from Amazon.com. It offers the customer a more relevant experience and provides the developer with a new source of revenue.”

Amazon is touting the API as a new way for developers to make money, alongside mobile adverising and using freemium models. But it’s mainly a way for Amazon to make money. Amazon built this retail empire on the web, but the growth of mobile is having a huge impact on its business, with mobile shoppers expected to spend a cumulative USD37.44bn this year in the US alone and it has been forced to adapt, fast. The company was quick to pick up on this shift in consumer behaviour and its mobile shopping app is the second most-used e-commerce app in the US behind eBay’s. It picks up 12.2m unique visitors per month, with visitors spending an average of 18 minutes on the app, but is now moving to harness more e-commerce referrals from third party apps.

Everyone knows why Amazon sells its devices so cheaply. It wants people to buy things on them. The firm sells its hardware at cost-price because it wants its tablets and e-readers to act as personalized shopping portals where consumers can download apps and shop for goods, films, books and games.

To get good content, however, it needs good developers and that’s why the firm is launching this new API. To make its ecosystem more appealing to developers. The global app market is set to be worth USD27bn this year, as the number of consumers adopting and spending money on smartphones and tablets continues to rise, and Amazon is looking to increase its share of those sales.

So is Amazon’s strategy working? It’s starting to. Amazon is set to generate USD4.5bn from the sale of its Kindle e-readers and tablets this year, up more than a quarter compared to last year. Crucially for Amazon, however, Kindle-related content revenue is set to surpass hardware next year, generating USD5.7bn, up from USD3.8bn this year.

However, Amazon’s strategy is costing it in the short term as it invests for the future. The firm slumped to a loss of USD7m in Q2 as heavy investment in distribution centres, hardware and content deals ate into its bottom line.